The Prince’s Palace of Monaco is the official home of the country’s rulers, the Grimaldi family, which is currently headed by Prince Albert II, the son of Grace Kelly and Prince Rainier 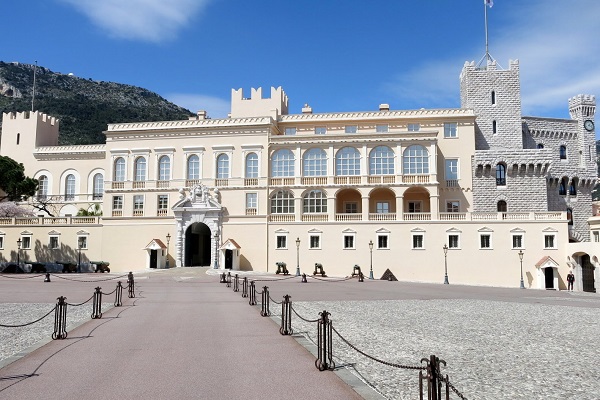 The fairy tale palace began as a fortress in the 12th century, but over the centuries fell into a shambles; Prince Rainier is credited with restoring the palace to its former grandeur.

Guardian of an ancient tradition, this Palace located in a unique setting upon the "Rock" of Monaco,was built on the site of a fortress erected by the Genoese in 1215. Today the splendors of this Palace can be admired by all, such as its Italian-style gallery and its 15th century frescoes; its Louis XVth lounge all in yellow and gold, its blue room, a harmonious blend of glorious blue and gold; its Mazarin room covered with multicoloured wood-panelling; the Throne Room, decorated with an impressive Renaissance fireplace; the Palatine Chapel built in the 17th century; St-Mary's Tower, built from the white stones of nearby La Turbie; the Main Courtyard and its 17th century Carrara marble double staircase…

The palace is open to the public annually from June to October. Once inside they‘ll find a courtyard made from 3 million pebbles that form a geometric pattern, and historic Genovese frescoes. Everyday at 11:55 AM, in front of the Palace’s main entrance visitors can watch the changing of the guard ceremony performed by the “Carabiniers”.